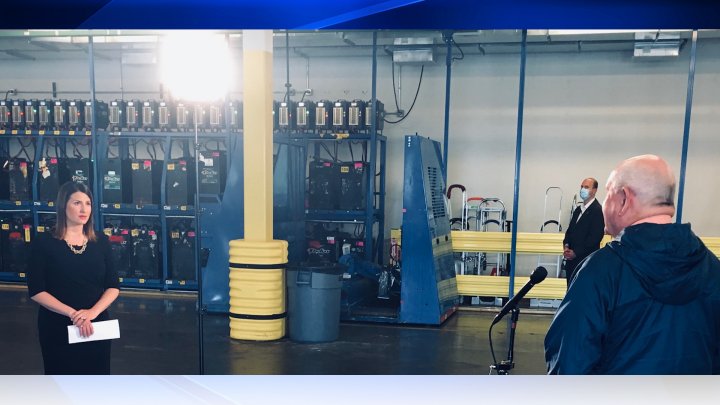 WASHINGTON (Gray DC) -- The meat is missing from store shelves.

Back in March, when many Americans were worried about toilet paper shortages, we wondered, "Is food next?"

When asked in that March 19 interview, "Is there enough food to feed the American people, and what are you doing to make sure that food stays on the shelves?”

But now, there is a shortage, which has led to the sharpest increase in grocery store prices in nearly 50 years.

In a new interview with Perdue on May 15, Policastro asked, "When can we expect prices to go down again?"

Perdue responded, "When we return to back to normal, I think we'll see prices level out。 There's been tremendous demand。"

"How are they doing with the reopening process? Is everything safe?" she asked.

Perdue replied, "This good news is those workers are coming back。 The conditions over safety and health for the workers are paramount。 But certainly, we need to keep them healthy so they keep us healthy。"

And then, there's the beginning of the supply chain — our farmers。 There are reports of crops rotting and hogs being euthanized。 With restaurants closed, farmers are having trouble selling their goods。

When asked if it was enough to prevent the throwing away of unused crops, Perdue replied, "Well, we hope so。 It's an exciting new program。。。$3 billion is a pretty big slush there, and we're going to move forward and do the best job we can。"

Read the original version of this article at .

Many people still unable to get unemployment insurance

Many people still unable to get unemployment insurance

Viewers with disabilities can get assistance accessing this station's FCC Public Inspection File by contacting the station with the information listed below. Questions or concerns relating to the accessibility of the FCC's online public file system should be directed to the FCC at 888-225-5322, 888-835-5322 (TTY), or fccinfo@fcc.gov.